Kathputli – Rajasthani world is famous Dance with Music and Melodies

Book Indian Classical Music and Rajasthani Traditional Band with Music And Melodies Expectations remained high, after all the programme was being curated and directed by the man behind the brilliancy of the annual folk and fusion event, Paddy Fields, Atul Churamani. Yes, the excellence of this event maintained his average as the talent of Kutle Khan and his troupe were showcased across one and a half hours of invigorating Rajasthani Music and melodies, with hand-clapping to the beats a norm with the capacity audience, rather than an exception. While it was obvious that the genre has been passed through the generations by oral tradition, it is the simple, acoustic-based music that combines such special events.

What is North Indian Classical Music?

but it is an art form that is continually changing and evolving. India is home to many musical traditions, but two main classical traditions remain today: Hindustani and Carnatic. The Carnatic tradition is the older form of Indian classical music and is considered devotional in nature–usually sung and played in praise of gods and goddesses.

“Indian Classical Music is one of the finest ancient art forms of the world. A part from its beauty and entertaining qualities as a pure performing art, its spiritual propensity as well as its ability to positively affect and enhance one’s mental intellectual capacities in multiple ways is well acknowledged.” – Samarth Nagarkar, Raga Sangeet

Indian folk and tribal dances are simple, and they are performed to get pleasure from them. Dancing is a part of daily life and religious rituals. Indian folk dances have eternal forms and rhythm.

Traditional dancing is organised on every time, i.e. the births of children, festivals, marriage opportunities and the arrival of seasons. Indian folk and tribal dances are a dance with minimal steps or movements. These folk dance of India are full of vibrancy, enthusiasm and energy. 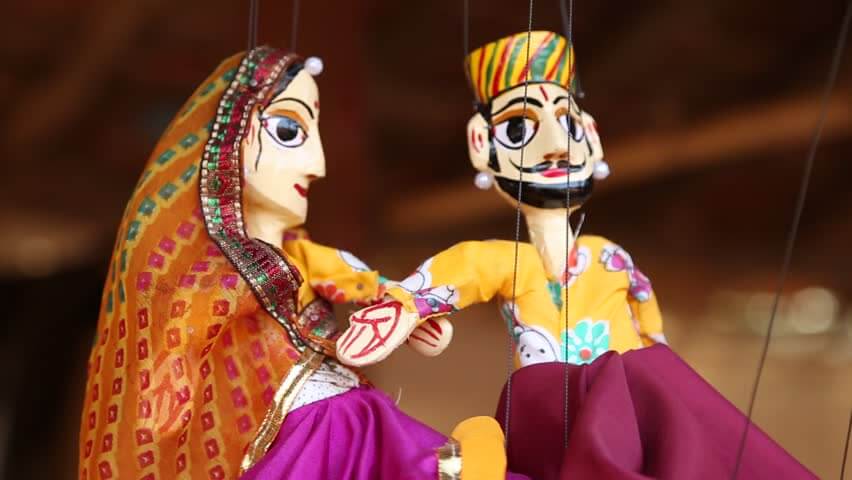 Kathputli – Rajasthani world is famous Dance with Music and Melodies